Home / Blog / Why are drugs in Canada cheaper?

Why are drugs in Canada cheaper? 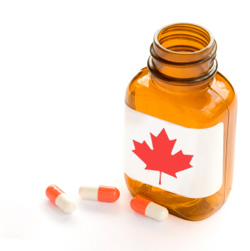 In America you would think the cost of prescription medications would not be as high as they are. When you think about it wouldn’t it make more sense for the price to be lower? The reality is no, not if you are thinking about it from a capitalistic standpoint.

There are few times where people are going to be willing to spend lots of money on something without having to be sold. And when they are sick would be one of them. So the prices are sky high for a lot of medications. When you look at drugs offered through a Canadian pharmacy you will see this is not the case. But why do you think this is?

Right now drug companies are making billions of dollars a year and this is the reason why they have so much money to spend on advertising. The America government benefits because they are able to tax these companies heavily for the same of drugs.

In Canada it is not this way at all and one of the main reasons for this would be their universal health care system. It benefits the Canadian government to control the price of drugs, because if people are able to get what they need it means the healthcare system as a whole will not be overburdened.

If the prices of drugs was controlled in America then a lot of doctors might not be so fast to recommend them. The fact is doctors do get incentives for recommending certain drugs. This also contributes to the cost.

The fact that doctors are biased sometimes with the drugs they might recommend in America is a reality a lot of people do not want to think about. But understand when you are charging in some cases over one hundred dollars per pill of a medication this means the stakes are high.

If you need proof that some doctors are biased all you need to do is look at the fact that they are given samples to provide patients with by the major drug companies. There is definitely an incentive and this is another reason why the price is so high. In Canada it is not this way. Going through a Canadian pharmacy you will find drugs that are low priced no matter how in demand it is or how big the issue is it deals with.

If drug prices were controlled in America then advertising for drugs would not be so strong. This means a lot of people would not be asking for certain drugs they really do not need in the first place.

Think about when you are watching television and you see constant advertising for certain prescription medications. A lot of these are for problems that can be solved in other ways. Do you have any idea how much it costs for a drug company to advertise so heavily? They do this in order to corner the market and make sure their brand get out there. If drug prices were controlled then they would not have as much money to spend on advertising. This means you would not be so fast to ask for drugs just because you seen them on television.

Going through pharmacies in America is going to cost you a lot of money, because the government has a vested interest in having the drug companies charge high prices for drugs. When you go through a Canadian pharmacy this is not the case at all and the savings you can get are very real.