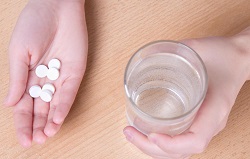 You may have some questions about taking Zolpidem as well as other options you can look to before deciding to use the drug. The following paragraphs are designed to answer your questions so you can feel better about trying sleeping medication.

Should you consider using OTC drugs before using Zolpidem?

Serious medical professionals and sleep experts are not convinced that over the counter medications are as effective as Zolpidem or other sleeping medications. The belief is that they might offer some help, but if a person has serious insomnia they cannot expect much assistance using over the counter drugs.

The more popular over the counter medications include antihistamines, which are known to cause several side effects such as dry eyes and dry mouth. Only if your sleeping problems are minor should OTC drugs be an option.

If you take one Zolpidem and it doesn’t work, should you take more?

Your doctor has most likely prescribed you an amount that they feel is best for your short term sleeping problem. You should never take more than what you have been told without consulting your doctor first.

Zolpidem is a fast acting medication, but it does pass after time. The pill is designed to get you to sleep, but some people will have a hard time staying asleep and might want to take another when they wake up.

A lot will also depend on when you take the medication. You will have to establish a routine for taking it and make sure you do not deviate away from it. There are time release versions of Zolpidem available for people who really have a hard time staying asleep. If you get a time release version than taking one should do the job.

Can you drink alcohol hours after you take Zolpidem?

You can talk to a doctor about this, but they will probably tell you that drinking alcohol this many hours after will cause no harm. The only downside is the medication might not work as well as it could. The reason for this is that alcohol is said to act as a stimulant several hours after it is consumed. Drinking alcohol will actually work against Zolpidem and make it harder for you to get to sleep.

You will believe the medication is not working when it really is, and this can start a bad cycle. So it is best to set times during the day where you would consume alcoholic beverages. You would need to space out the alcohol consumption in order to be sure it does not interfere with the sleeping medication. Try to put about 8 hours between drinking and taking the medication to be on the safe side.

Do not be afraid to look to other options before deciding to use Zolpidem. Once you do decide to use be sure to use it safely and under the instruction of a doctor. Do not do things to hinder the drugs impact, such as drinking alcohol with it.