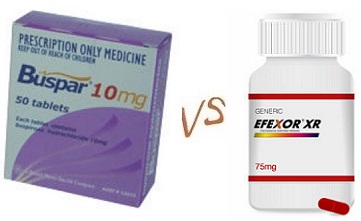 When you’re in a state of anxiety the world just seems to speed up around you, but you want it to slow down. The reason you want it to slow down is because you feel overwhelmed by not only by external stimulus, but by the racing of your thoughts in order to try and get everything properly centered. Depression can have a similar effect, but in many cases it tends to work the opposite way. Things tend to move slow, really slow. It seems like a bad situation is never going to end. It seems like certain low level feelings are going to drag on and on.

Think of depression as death by a thousand cuts. Sure, one cut can hurt you, but a number of them can cause death even if the cuts are small. Your suffering is longer and more miserable. It’s important to get control over anxiety and depression problems. These problems can start off small, but become very powerful if left unchecked. Medication might be the best option for someone who has an extreme case and has tried and failed with natural approaches.

Buspar and Effexor are two medicational options that offer a lot of promise, but you have to understand which one of them is the better choice. Before we go into that we’ll give a brief overview of each of them.

Buspar is a medicational treatment that designed to help people who have anxiety problems. It’s a part of a group of anti-anxiety drugs called anxiolytics, but it doesn’t seem to work the same as drugs that belong to this class.

Effexor works as an antidepressant and it’s a part of a group of drugs called selective serotonin and norepinephrine reuptake inhibitors (SSNRIs). This drug is able to work by effecting specific chemicals in the brain that might be out of balance and as a result cause depression.

Which one of these is going to be the better option?

The main thing that has to be considered here is which one is going to cause you the least problems. The last thing you would want is one of these drugs to cause you problems to an extent where the side effects begin to outweigh the benefits. In order to determine this a doctor has to take a good look at the attempts you’ve made in the past in order to help get anxiety or depression under control. The main purpose of this is to try and find something that worked well for you and then try to understand why it worked.

If you’ve used a similar medication to Buspar Effexor and it worked for you, then some of the questions that need to be answered are as follows:

Why did it work for you in the beginning and why did it stop working?

How much of the drug were you taking and for how long?

Were there any other medications you were using at the time or something you think might have caused a problem?

Have you used any sort of anti-anxiety medication in the past or anti-depressant medication?

Are you allergic to any of the active ingredients found in these drugs or their generic counterparts?

Ultimately the answers to these questions is going to determine which of these two drugs is best for you and in what dosage. Other than this there is no sure way to know which one is better for you.